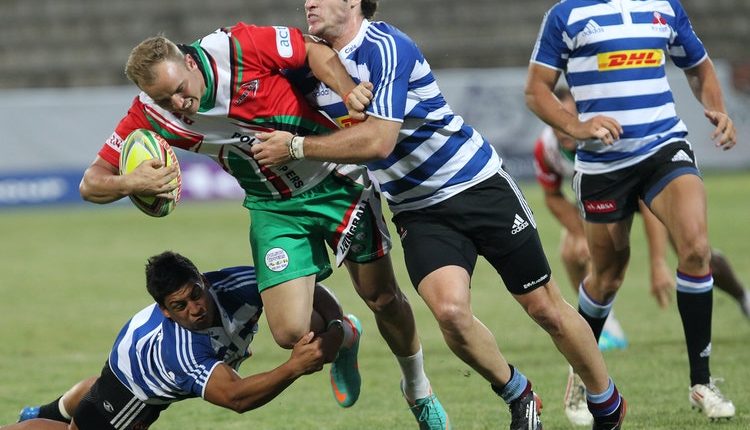 If you didn’t see the game on Friday night, you might be wondering how Al Pacino’s famous inspirational speech in the hit movie ‘Any Given Sunday’ relates to Leinster’s loss to the Ospreys in the RaboDirect Pro12 but if you were watching, you can surely understand the reference. In the clip, Al Pacino is talking to his team, an American football team, just minutes before they take the field in a big playoff game. He emphasizes the importance of every inch which add up and ultimately ‘make the difference between winning and losing’. This became evident at the RDS on Friday night where Leinster saw their 20-match unbeaten streak end at the ends of the resilient Ospreys.

The Welsh side were six points down with under three minutes to play. They refused to give up and their determination paid off when hooker Richard Hibbard bulldozed his way over for a try in the corner for the Ospreys, their second of the game following George Stowers’ twenty minutes earlier. The referee decided to take it upstairs to TMO Alan Rogan for confirmation. After a couple of minutes of pure tension in the ‘D4tress’, the 18,300 fans in attendance were left in a state of shock as Rogan declared that the ball was, in fact, grounded. They played it back in super slow-mo and it appeared that the tip of the ball grazed the line for a slight millisecond but that’s all it takes to score a try in rugby. The try put the Ospreys one point back with a conversion to follow from an obscure angle right on the touchline. Fly-half Dan Biggar was the man to take the kick having already slotted over three penalties and a conversion. It was an extremely difficult task for even the best in the business. Biggar, himself, had bad memories of the Dublin ground after a previous visit saw him take this shocking attempt.

Nonetheless, Biggar’s right foot made solid contact with the ball and it sailed through the air in the direction of the posts. In fact, it did hit the posts, the very top of the right upright, and the ball was hurled up into the air. It left the sideline officials with a decision to make and they did not hesitate in awarding the conversion as successful. Talk about drama! There was still time on the clock, however, and Leinster, down by merely one point, needed just a drop goal or try to come away with the win. Unfortunately, they were only able to muster nine phases before giving up a penalty that would close out the game and leave Leinster furious, losing for the first time since September and consequently seeing the longest unbeaten streak in European end.

Ian Madigan scored Leinster’s only try of the game, picking up a loose ball following an errant lineout exchange between hooker Richardt Strauss and flanker Rhys Ruddock. The defending Heineken Cup champions thought they heard another when Heinke van der Merwe crossed over but Ospreys center Dan Beck did brilliantly to hold it up and force a five-meter scrum. Speaking of scrums, Leinster had a tumultuous time at the set-piece, which continues to concern Irish rugby fans after the disaster last weekend in Twickenham.

It was a disappointing way for Irish captain Brian O’Driscoll to return following his absence due to a shoulder and neck injury he suffered in Ireland’s loss to Wales in the World Cup. He played for 58 minutes at his usual outside center position before being replaced by youngster Eoin O’Malley. The loss was Leinster’s second this year to the Welsh side as they lost 27-3 earlier in the season on the road. Ospreys moved up to second place in the competition as a result, only to be surpassed by Munster yesterday who came away from Galway with a vital 20-16 win at the Sportsground. Leinster will head to Thomond Park this coming Saturday for a crucial clash with their rivals and defending Pro12 champions Munster. You can watch the game on RTE2 at 7:30 pm GMT

How to have a Healthy Relationship According to your Zodiac Sign