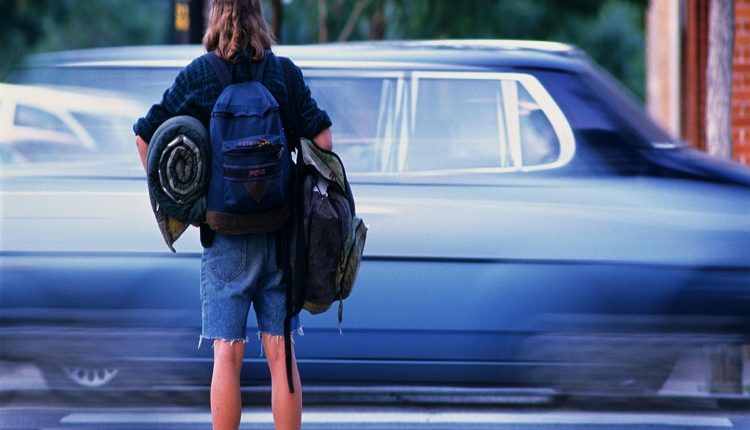 Traveling as a woman, you want to keep your eyes open, be aware of your surroundings, and walk with a purpose….even if you’re faking it.

I tend to be a bit on guard when traveling solo, but I have found that people are actually pretty helpful.  I have had trips where I want to do it all and don’t want any help, but I’ve loosened up a bit.  Some men genuinely want to help you carry your bag up a flight of stairs and then leave you are and some people can tell you’re lost and actually want to point you in the right direction.

You really have to gauge each situation; not everyone is looking to kidnap you and hold you for ransom!  It’s still important to trust your gut, be in tune with your environment, and be alerted to a potential situation.  I’m traveling for an adventure and to come home with great stories – not to be a statistic.

On a recent trip to Dublin, I had just arrived in town and was under the impression that my hotel was a lot closer than it really was.  After a bit of a stressful arrival, I decided to stretch my legs, breathe in some fresh Irish air, take in the sights, rub elbows with the locals, and walk to my hotel.

I had glanced at a map just to make sure I was going the right way.  I wasn’t lost….just verifying.  This guy approaches me, all of 5′ 5″, balding, 250 pounds, and about 50 years old.  He proceeds to strike up a whole conversation.  I had heard that Ireland has some of the friendliest people around and I didn’t want to be all “LA” (Los Angeles b**** that’s simultaneously giving you the finger and ignoring you), so I just went with it.  After all, I’m Irish and was excited to be among “my people.”  We chatted for a few moments and he asked if I needed directions.

I said no thanks, but he insisted, so I mentioned the hotel name.  Yes, he’d heard of it…on and on.  Then he says, “Oh, you’ve got to come out tonight to the Temple Bar area.  It’s the place to be.  I work in a pub there.”  I said, “Oh, yeah…ah huh…sure (whatever).”  Then he wanted my number!  Inside, I was dying of laughter; outside, I was keeping a straight friendly face.

I never get the hot guy; it’s always the 250 pound 50-year-old – not that I’m looking, I just laugh at the irony.  Anyway, I made up some BS story about my SIM card, so he decided to give me HIS number.  He said that I should head down to Temple Bar around 6 pm.  I said, “Yeah, ah huh…..sure…”  So not happening!

I eventually found my hotel, got settled, and started to explore Dublin.  The whole day went by, 6 pm comes and goes, and I started to think about finding a cute place to eat.  Sure enough, the telephone in my room rings and the guy at the front desk says, “Uh…hi…there’s a Martin on the line.  He said he’s waiting for you and its well past 6 pm.

My eyes got wide and I said, “Oh my god, I was just being polite. I don’t want to talk with him!”The guy at the front desk says, “I figured that, but Martin says it’s really urgent; he really wants to talk with you…. “Gag I had the phone blocked and told the front desk to come up with some story about privacy.

I couldn’t believe that in a five-minute conversation Martin remembered my name and which hotel I was staying at!  I ended up getting paranoid that this guy would just turn up, but he never did.

Looking back I want to say Martin was harmless, but you know what….you never know.  My only contacts in Ireland were the hotel and a family friend that lived two hours away.  I’d say, play it cool.  Don’t let on that you may think the person is suspicious or a nut.  Find a way to keep the situation light, cordial, and brief.  I’m not looking to prove a point or wave the women’s lib flag.

I’m looking to diffuse the situation and hightail it to the nearest shop/hotel/public area.  The reality is that the person doesn’t know who you are either and who’s to say you’re not waiting for someone to join you.  But, if it turns into a real situation, by all means, take any measure possible to protect yourself or draw attention to the fact that you need help.

The Best Place for Travel is Geisha Hunt