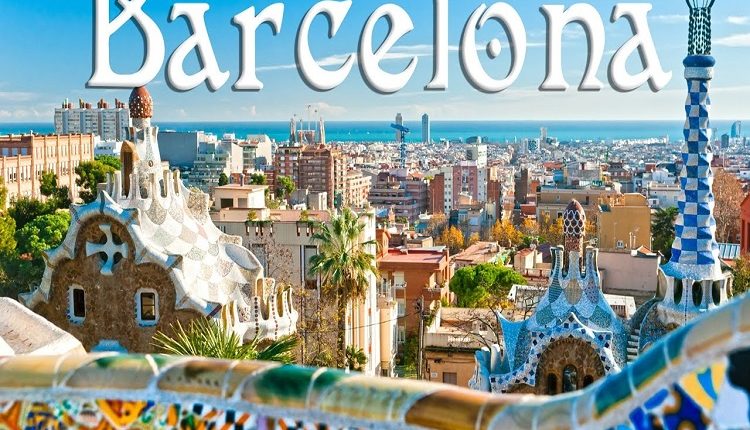 Spain means food and food, in this case, means tapas. That at least was the experience I brought home from my recent culinary peregrination to the country’s capital, Madrid. Hungry for more of the tiny delicacies, I chose Barcelona as this year’s Easter destination. Little did I know that Catalonians don’t share the passion for tapas of their Castilian neighbors, and a tapas crawl is a virtually unknown activity here.

To crawl or not to crawl, that is the question…

I understood something was askew the very moment I saw the first restaurant boasting, in the language of Shakespeare, of serving “Tapas”. Now, I’ve visited at least ten different tapas bars in Madrid, but none of them actually called the thing they served that name, spraying it in big letters across their windows. Still, we were hungry and had no other choice than to enter one of the “tapas” restaurants. Here, more differences from Madrid’s tapas bars became evident – not even ONE used napkin, sausage skin, olive pit, not even a lousy shrimp head, was laying on the floor.

The guests were led to tables, given a menu, and consequently served the food by numerous waiters. A half-liter beer was not an anomaly (although its price, 3,5-4 Euros, was), nor was a bottle of decent wine or cava served in a cooler. The prices?  Twice as high in Madrid, but getting lower the farther away we got from the Ramblas, Barri Gotic or Born. The other difference was that, as the places were actually fully staffed restaurants, with extensive menus, and situated far in between, a tapas crawl was both unthinkable, and impossible.

Although Barcelona is not Madrid, and the tapas culture is “for tourists only”, it does not mean all the tapas are bad. In fact, the city has quite a number of good tapas restaurants, serving all the classical dishes – patatas bravas, shrimps tossed in garlic, tortilla de patatas, meat croquettes, and many more. The trick is to find a place far from the tourist trail, not mentioned in any guidebook, and not one of the “top ten” restaurants on Tripadvisor, as those are usually pricey and overcrowded.

After trying several of such places, we found La Tramoia, a place with horrible service, but serving good tapas, and lunched three times there. Other places worth visiting are the numerous pintxo (or pinch) bars, offering a Basque take on tapas – small sandwiches skewered with toothpicks, filled with seafood pastes, croquettes, or ham. You just pick your choice of the pintxos at the bar and keep the toothpicks on your plate. On leaving, you show your plate to the cashier, who charges you for the pintxos you’d eaten by counting the toothpicks.

If you’re more thirsty then hungry, pop in one of the numerous tiny wine bars. Those offer a big selection of wines and caves and have a small choice of tapas on their menus as well – Spanish cheese, ham, olives, and the typical Catalan tomato bread, pa amb tomaquet. Two of the best bars, the popular Vinya del Senor, and the less crowded, but more atmospheric, and serving the best tomato bread in Barcelona, Bastaix, are situated close to the Santa Maria del Mar church.

Barcelona loves its smoothies. On entering the Boqueria market, the first stalls you stumble upon are fruit stalls, offering over twenty different varieties of smoothies, all labeled in English and stored in crushed ice. The ones just by the entrance tend to be diluted with water but move just a few stall rows into the marked, and you’ll be given a fresh, fruity cocktail full of vitamins and antioxidants. However, if you prefer your smoothie as fresh as it can be, enter the Barri Gotic, walk past the cathedral, and on to the Plaza St. Jaume. On the north-east corner of the square, you’ll find the tiny Smoothie Republic, where every one of the 10 or so smoothies on offer is made before your very eyes.

No culinary story about Barcelona is complete without mentioning La Boqueria. This popular and crowded market is the place where the local housewives go to buy their vegetables, fish and sheep heads, and where the tourists get ripped off at the chocolate stands. A stroll along the butcher stands, selling tripe, brains and whole cow tongues, is enough to turn you into a sworn vegetarian, and a visit to the seafood area will make you wonder why the only shellfish served in YOUR country are mussels.

Avoid the place at lunchtime, when it is at its busiest, but visit it instead late in the afternoon, when the fruit stalls sell off their fruit salads three for the price of one. There are two well-known bars at La Boqueria, Bar Pinotxo and El Quim, both shown on several travel shows, and both hopelessly overcrowded; we never had enough time and energy to wait in the line to go a seat by the bar, so my big plans of eating there never got fulfilled. A good enough reason to come back to this fascinating city!

The Best Place for Travel is Geisha Hunt